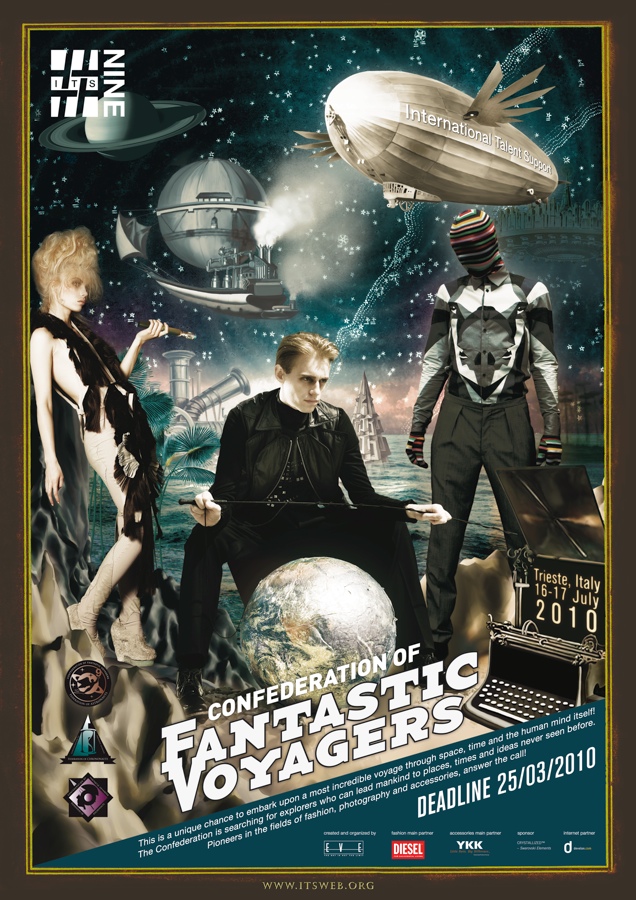 Steampunk, pioneering, heroic quests for creativity, impossible vehicles, sci-fi, are the elements that conjure to create the story of the Confederation of Fantastic Voyagers. It is the union of three independent Federations: Astronauts who fly across space, Chrononauts capable of travelling through time and Psychonauts who dare to explore the secret landscapes of the human mind. They are a bunch of valorous pioneers whose mission is to go where no man has been before. Retrofuturistic steam-powered vehicles and devices are the arsenal of these people, who can blend dreams and technology into effective and unimaginable ways to extend human knowledge. Finalist at ITS#NINE will become Fantastic Voyagers themselves. The event itself will be staged as an incredible trip through space and time.

its9
flablo
in
0
No Comments

The Adventures of Yeronimus Kaplan