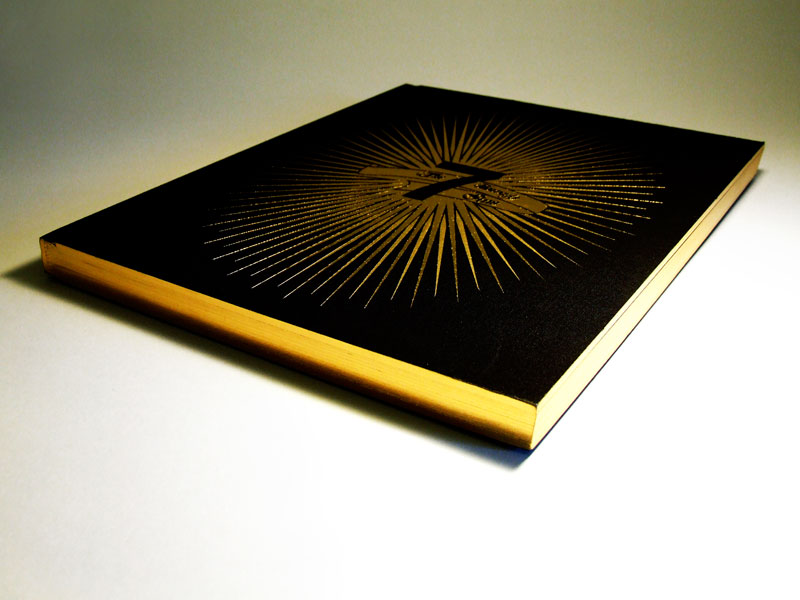 The ITS#SEVEN catalogue was created over the concept of “The 7 Heavenly Sins“. To give the feeling of it, I realized 4 main images using Gustave Dorè’s and various other etchings, mixed with modern elements, in the form of etchings as well. The latter were created using 3D software with custom shaders or directly by hand. The goal was to create some surreal environments and situations that obviously were based on religious iconography but which trascended it, in a funny way. Since this is a journey through “sin” and human soul, the 3 “worlds” associated with fashion, accessories and photography corresponded to different levels of the human being, i. e. Body, Spirit and Mind.

Each of the 3 world features an “idol“, being the first a hand, the second a heart, the third a head. There’s also the presense of a mythical Tree of Knowledge with 7 apples (one for each Heavenly Sin), and the finalist were briefed for the realizations of their pictures for the catalogue to use a symbolic apple (which we sent to them) visible in the pictures. The basic goal was to keep the pictures balanced bwtween “good” and “evil”, so you always see an ambiguous mix of the two but with no visible contrapposition or conflict.
Black and gold were chosen to give the feeling of sacred and dark, while magenta was always used to symbolize sin. For this reason the book is scattered with magenta stains all over. The book itself is finely manufactured with gold-painted sides and printed using both opaque and glossy plated gold.