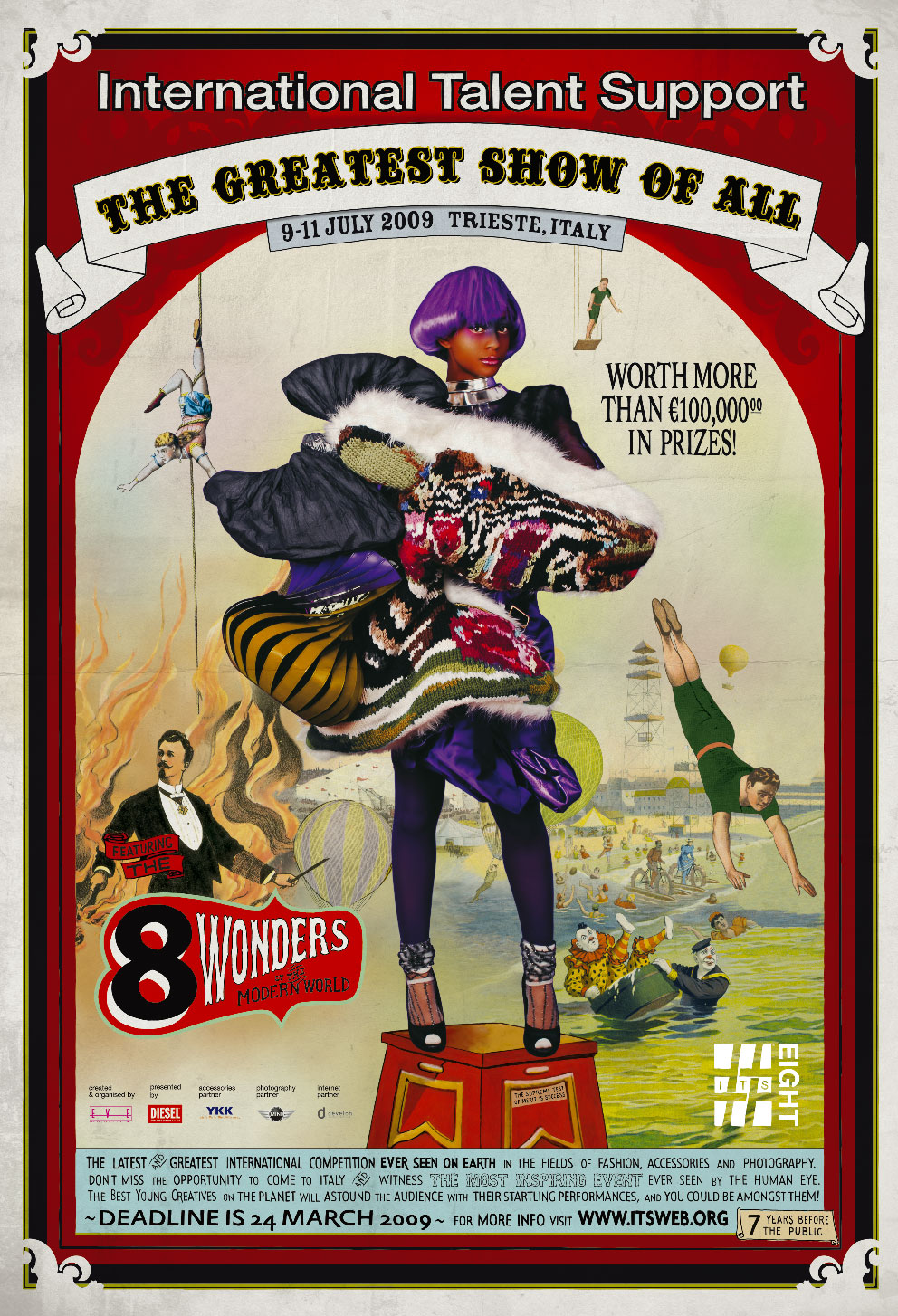 THE GREATEST SHOW OF ALL

THE GREATEST SHOW OF ALL is a bizarre early-20th Centuriesque carnival of acrobats, magicians, mechanical wonders, side shows and more. It is also the image concept of ITS#EIGHT, the theme base for all the communication and the event itself. The visual language has been developed by studying circus, magic shows and sideshows posters: their typography, their text, their colors. Images taken from those poster were composited with images of the projects of former year finalists, to create some fictional special shows.

This way, the “8 Wonders Of The Modern World” were born, each one with the picture and the description of the attraction. The typical carny poster language was fused with concepts associated to the event, such as creativity and inspiration. The 8 Wonders illustrations were then used to create 8 postcards which were sent to guests and press from September to July (when the event was held).

its8
flablo
in
0
No Comments